Why are today’s young adults so focused on, “new and improved”?  My youngest son just returned home from college for the summer, and I couldn’t believe how many things came home dirty and seemingly broken…a fan, a toaster oven, umbrella, flashlight and more. Even more disturbing was that his attitude seemed to be, just throw it out and start new in the Fall! Hey bud…I grew up with parents who lived through the Depression…and come on, don’t my kids know me by now? I don’t replace something that I can easily repair. I am a re-use kind of gal…but more and more I find I am living in a disposable world… 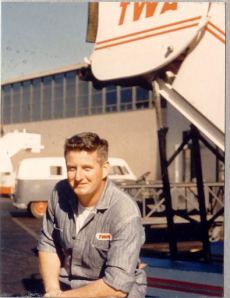 I grew up with a Mr. Fix-it for a Dad, partly because he was an airplane mechanic in real life, so he was very comfortable and knowledgeable with tools. But more importantly, he had grown up in a poor neighborhood in Boston…during the Big D…(as in the Depression) He started working young to help his family.  He realized the value of a buck, and understood the sweat required to earn it. I grew up hearing the, “When I was young…” stories about how poor he was and how hard he worked…I used to say he was “tight”, but now…as I’ve become THE PARENT, I see how he tried to make me more responsible with my own money (which definitely required a willingness to re-use and repair along the way!) .

My mom also grew up in the Big D, in a very large family. Her father died when she was eleven, and everyone had to pitch in and work or help care for the younger kids. That was just how it was. And again, nothing was wasted…older kids’ hand-me-downs passed down to the younger ones, and things were used until they no longer had any usability left. 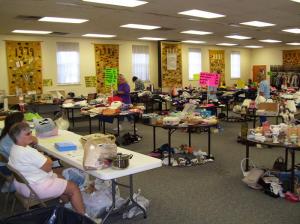 Church rummage sales were our thing…we weren’t poor, we were just into re-use…that used to be called, “thrifty”…do kids even today know that word today?

Flash forward: My own childhood consisted of trips to church rummage sales and garage sales. It wasn’t that we were poor, we were thrifty! As a young teenage girl I hated the hand-me-down clothes, but I quickly learned to enjoy the “hunt” of finding cool cheap stuff in other people’s “rummage”. I was years ahead of my time, as vintage wear became the trend just a few decades later.

So, why are so many of today’s kids so “disposable-inclined”? Did my generation really just do an incredibly poor job at parenting and raise spoiled kids? Or can we blame something else? (that’s always my vote, never blame it on poor parenting) !

Perhaps one reason is that products are seemingly built to break now. Everything is so cheaply made, meant to barely survive its 90 day or 1-year warranty, and not a day more. Back then, things were made to last. When I was young, there wasn’t such a thing as “purchasing” a warranty for a new product…I mean, the idea is actually fairly rude…you are buying something new and basically being told to buy the warranty as the product is sure to  break? Huh? 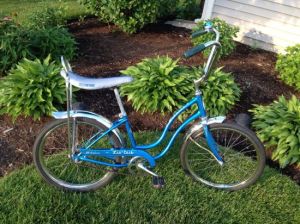 Back when I was a kid we had our stuff forever…if it broke, we fixed it.

Another reason…something I call upgrade envy. Back then things weren’t expected to become immediately obsolete by an upgraded version of itself. I mean, look at what we owned back then, as teens. A bike, a record player, a baseball bat, roller skates… I had the same “big kid” bike forever…and if it broke, my Dad would repair it. Same record player, too. Not like today’s teenage gizmos.  And using “hand-me-downs” now is just not going to fly because they are old technology…and old technology gadgets passed down by an older sibling are totally not in my kids’ “happy-face” vocabulary…

Kids today are bombarded with “newer, better”…I still remember when my older son got a new cell phone and a week later there was a newer one announced…instead of being happy with his new phone, he was miserable as he was now seemingly stuck with old crap! And today’s social media doesn’t help. Friends can now flaunt their newest upgraded gadgets on their social media pages, creating immediate “upgrade envy”.

Need another reason? The ever-increasing commercials and advertising targeted to kids and teens! When I grew up I don’t recall there being that many commercials targeted at kids. The first Barbie commercial was in 1959…so they were out there, but many more commercials were for home appliances, food items (Trix are for kids!) and (surprisingly!) cigarettes! Flash forward: When raising my kids I felt like their favorite programs were like 15 minutes of programming to 45 minutes of commercials. Especially around Christmas! Gee… how can a kid be happy with last year’s Power Ranger when this year’s does so many more cool things? And don’t get me started on how much I spent on Barney toys, linen and videos!

And YES, finally…we parents are partially to blame, I admit it! I didn’t live through the Big D, so my kids have “suffered” the intentional consequence of my wanting them to have more of an “economically fulfilling” life than I did growing up. It was hard not to say “yes” as my kids fell prey to upgrade envy, it was far easier to blame how cheaply everything is made and agree to purchase another one…that, I suppose, makes me guilty of bad parenting…again.

But all is not lost for me. When I do give-in to my kids’ upgrade envy, I still manage to re-use the old thing, it is just that I myself re-use my kids’ hand-be-downs…the cell phone, the iPod, etc…when they upgrade, I get the old stuff…and do you know what? I am happy as a clam.